I am growing the fruit trees in my garden as ‘tiny fruit trees’ according the to method of Anne Ralph and as described in previous posts here and here.

All these fruit trees are planted in polycultures of other fruits, herbs, flowers and vegetables.  Apart from the brown leaves on the quince they all look very healthy.

Just after the solstice I did the pruning rounds – some needed quite a lot taken off, but most of the trees required only a very light prune or nothing.  I lost one tree over the winter – gage Reine Claude de Bavay.  I am not sure why, but it may have been the unusually dry conditions.

Neither of the pear trees needed much taken off and you can hardly tell the difference in the before and after pictures – these are the ‘after’ ones: 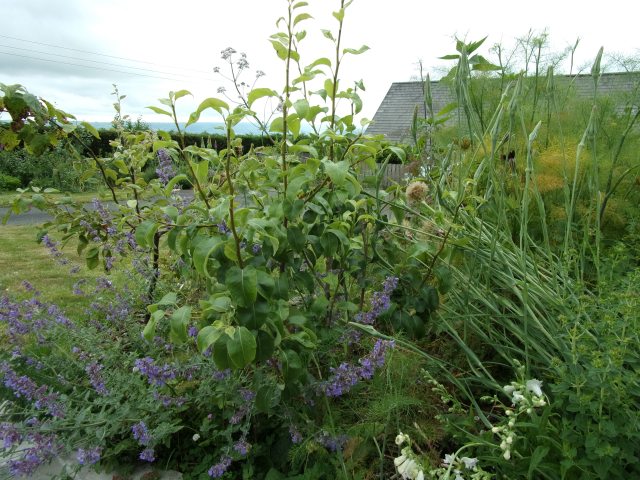 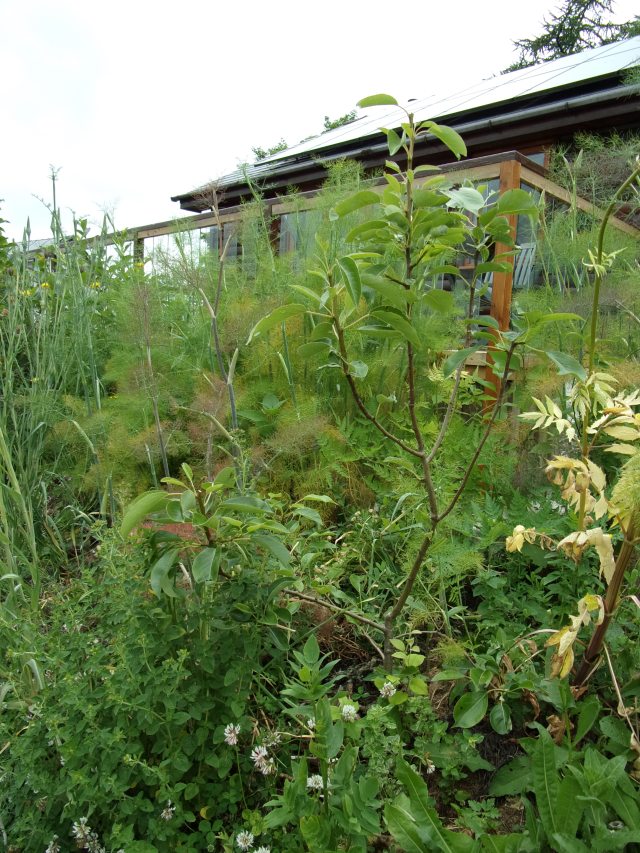 The quince did not need pruning when I did the others and I forgot to take pictures when I did it a few weeks later.  This is it today, as in previous years many of the leaves have gone brown but I don’t know why.  I have been watering it and it has produced new, green growth. 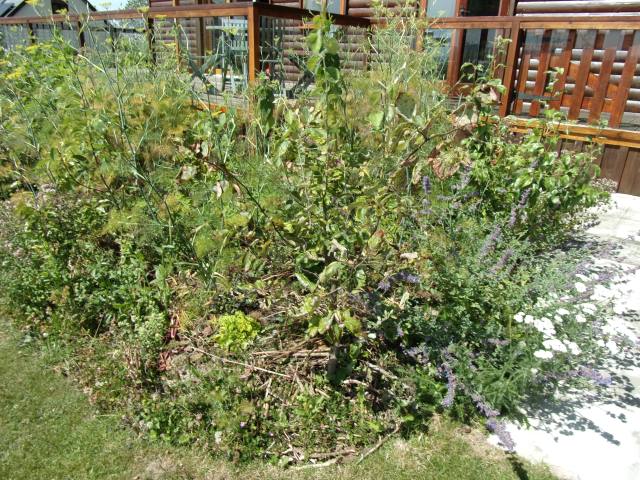 The mirabelle has a very tall, straight habit and had grown upwards  a fair bit, I took some height off it. 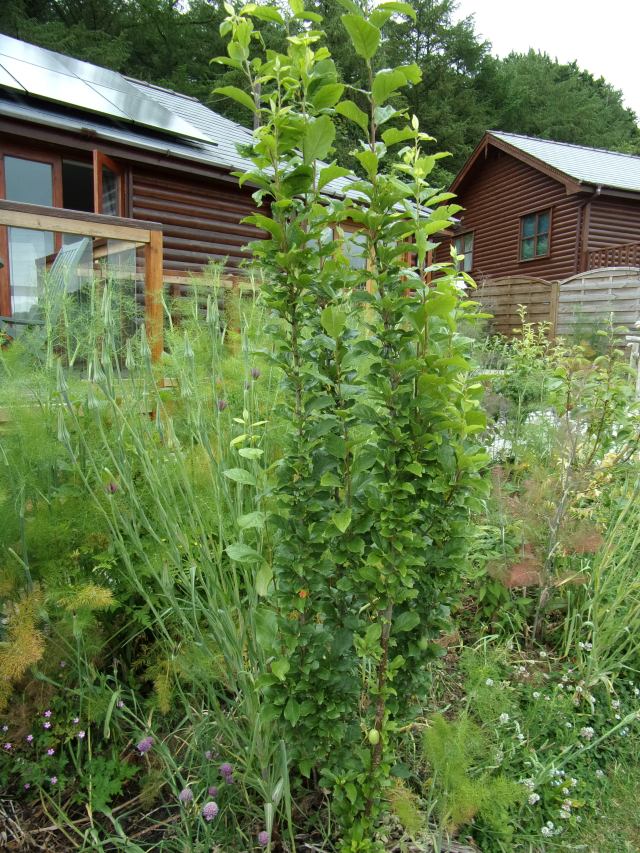 It is slowly sending out more branches lower down and gradually expanding sideways.  It has a few fruit on this year.

The morello cherry had not grown much and I did not prune it at all. 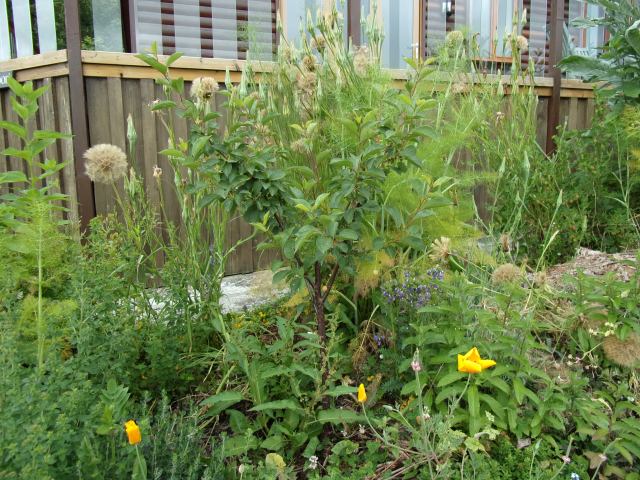 The other cherry, cariad, had also not grown much and I have not pruned it yet.  Last year it produced lots of suckers below the graft line some of which had roots on.  I cut them off and planted them in the hedge and two are growing – presumably into wild cherries.  This cherry had a few fruit, more than last year but they split in the dry conditions and the ants and birds have been nibbling.  We salvaged a few and they tasted lovely. 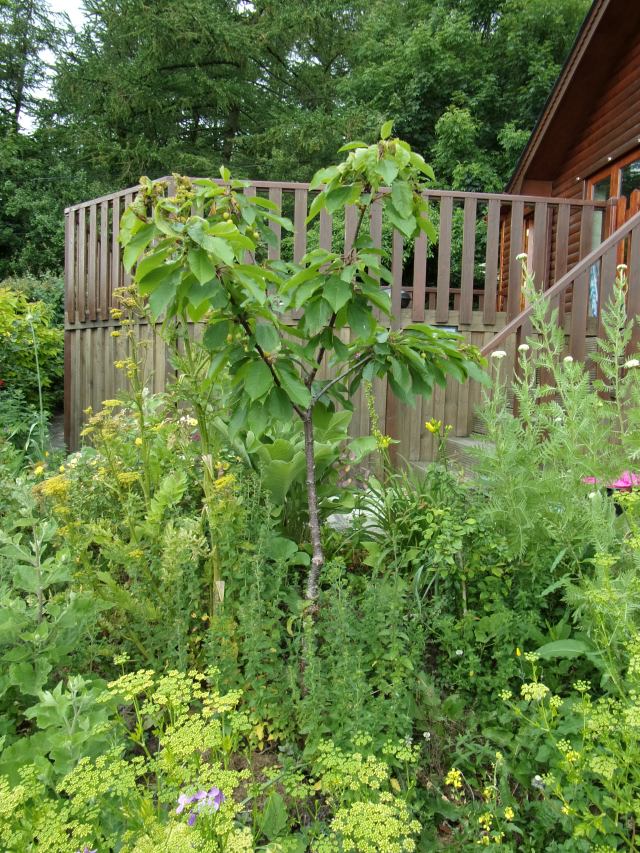 The damson has still not made much growth since having a drastic prune two years ago, but it is starting to send out some more shoots, it is still less than waist high. 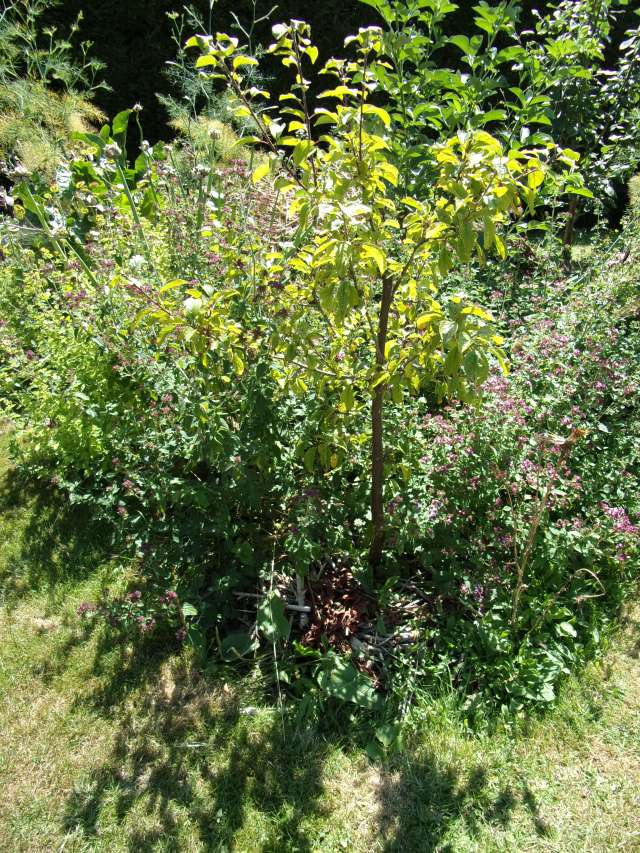 The Denbigh plum is very vigorous, but again I omitted to take before and after pictures and this is it today.  For the first time it has some fruit on. 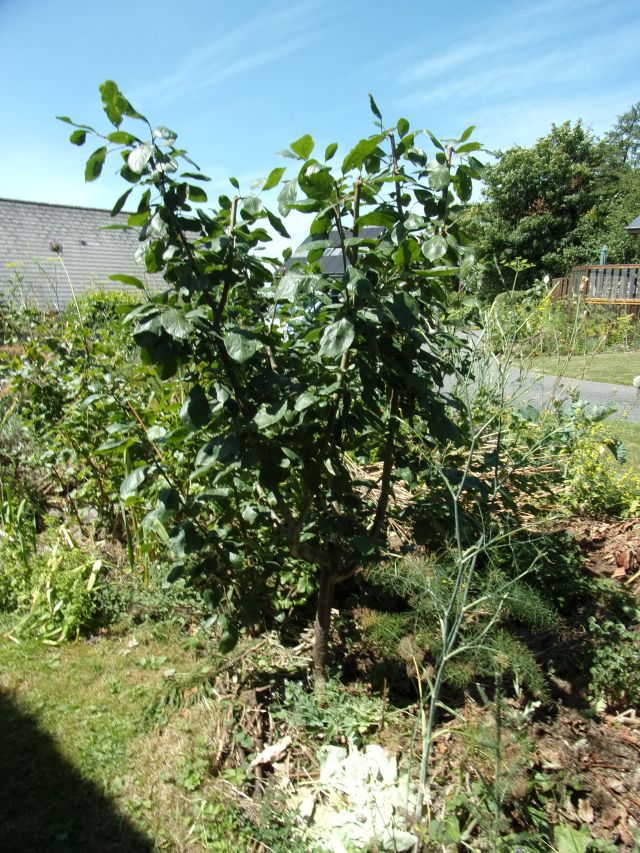 Another vigorous one is the apple trwyn mochyn (Welsh for pig’s snout).  It has started to produce side spurs so maybe there will be flowers and fruit next year. 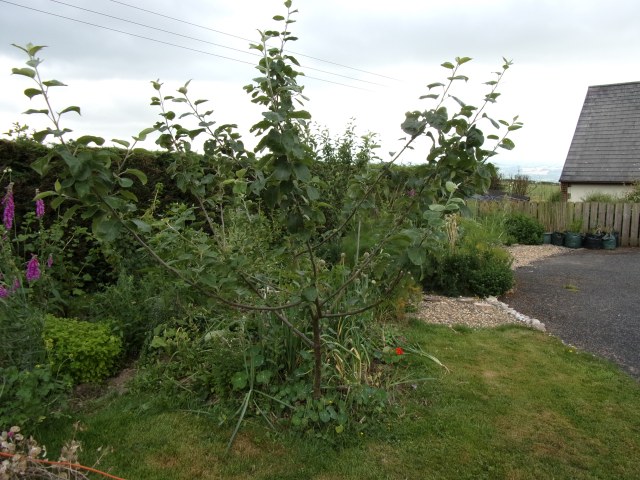 I cut it back vigorously! 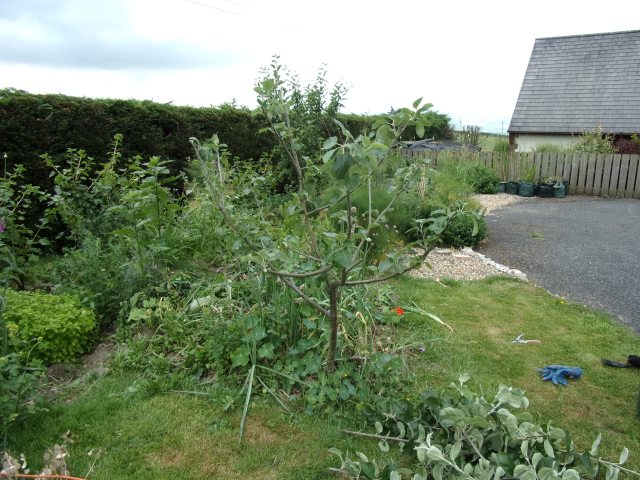 And lastly the apple sunset had a moderate prune and this is it today.  It is bearing more apples than last year – about 18 at my last count. 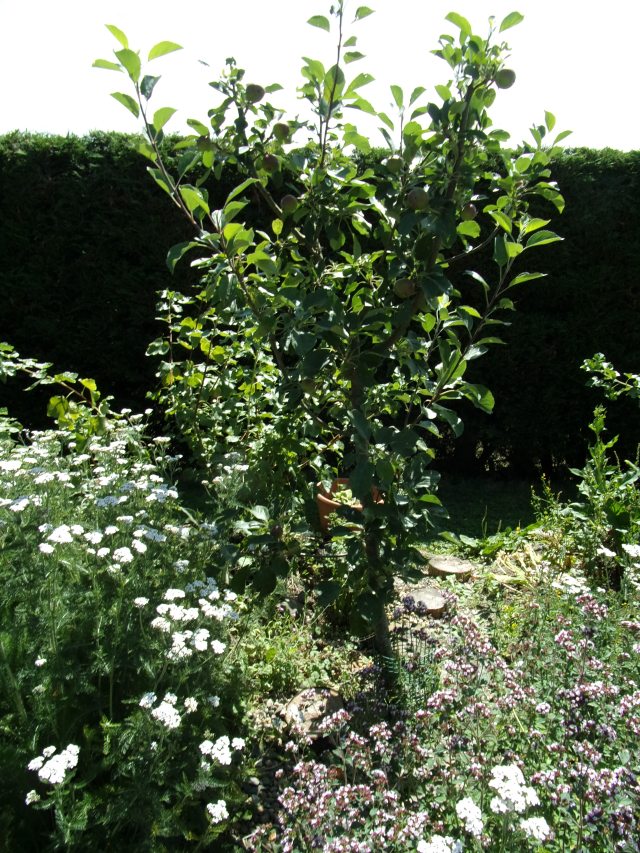 I love forest gardens and forest gardening, nature, reading and everything good about being alive. I have written two books - the garden of equal delights (2020) - about the principles and practice of forest gardening; and Edible Perennial Gardening (2014) - about growing perennial vegetables in polycultures, which is basically forest gardening concentrating on the lower layers.
View all posts by Anni Kelsey →
This entry was posted in Borderland Garden, forest garden development, Forest Gardening, Fruit, Fruit trees and tagged apple, cherry, damson, mirabelle, pear, plum, polycultures, quince. Bookmark the permalink.